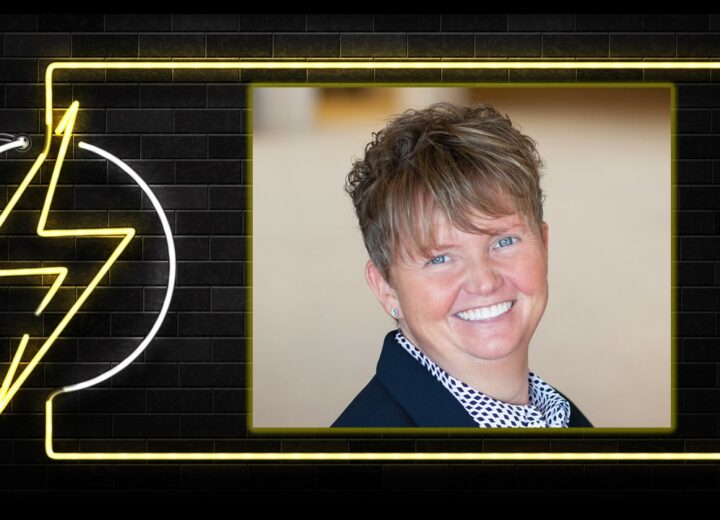 As we celebrate Women’s History Month, we’re recognizing a few women at AEP who inspire us. In this Q&A series, we share their stories—from how they joined the industry to their inspirations to their advice to other women.

Two important events happened in February for Michelle Marsh: She hit her 15-year anniversary with AEP and she accepted a new job as director of Safety & Health overseeing AEP’s Ohio region. She, along with and a team of 19 safety professionals, are responsible for the wellbeing of all 4,900 employees and contract employees across every function of AEP’s business by ensuring they have the necessary tools and knowledge to be safe every day.

Read below as Michelle shares more about herself, her job and advice for those interested in a career in energy.

How did you choose this career?

It’s actually a really good story. I initially went to school to be a pharmacist—I spent several summers working behind the counter in a pharmacy and was even on my way to pharmacy school, but decided not to go because I realized it wasn’t what I wanted to do with my life.

By that point, I had a ton of college credits and had spent a lot of time and money on school, so I knew I needed to make a tough decision. I wrapped up my bachelor’s degree and started touring graduate programs and visiting with professors. I met one professor in the occupational safety and health program at West Virginia University and we had a great conversation. She said “this is for you.” And she was right.

In what ways has the industry evolved?

The change has been significant. There’s so much you can learn by getting out into the field and by asking questions. It’s important for people to understand that it’s okay to fail, as long as you do it safely. When there’s a failure but no one gets hurt, that’s actually a success, and we’re starting to get into that mindset. There has been such a huge shift in our leaders, supervisors and frontline employees, and the further we can get down this path, the better off we’ll be.

My parents were such a huge influence on me and set the stage for everything in my life. They grew up in a small town in southern West Virginia and came from less fortunate backgrounds. They didn’t have much and neither had the opportunity to go to college, but they didn’t let that determine who they would be as adults and instead made the most of what they had. Their philosophy was “let’s set the bar high for ourselves and even higher for our children.” They put my brother and I through school and made sure we had everything we needed to be successful. In addition, they empowered us with the confidence that we could be anything we wanted to be, limited only by our work ethic and our own imaginations.

My dad passed not long after I started at AEP. One of my biggest regrets was that he couldn’t see what I achieved thanks to him and my mom. He didn’t talk much about his feelings, but my mom said he often told her how proud he was of us, and I know he would be still today.

What advice would you give to young women looking to pursue a career in energy?

Don’t give up. You’re going to stub your toe, you’re going to make mistakes, you’re going to be overwhelmed and sometimes you’re going to walk into a room and be the only woman. That’s okay. Keep moving forward. Work hard. Prepare. Make sure you’ve done everything you can to be the best version of yourself. And make your own opportunities—don’t wait for someone else to do it.

One response to “Women in Power: Michelle Marsh”