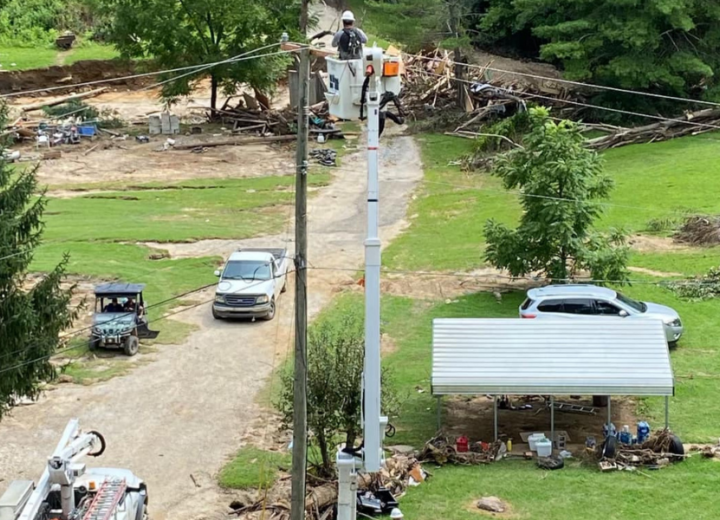 Eastern Kentucky was hit with catastrophic flooding last month, leaving more than 23,000 people without power. To assist with restoration efforts, AEP Ohio sent 24 assessors, 52 lineworkers and two drone teams. Among them was Casey Walters, a line crew supervisor from Chillicothe.

AEP Ohio personnel regularly respond to several types of natural disasters, including hurricanes, ice storms and severe wind storms, and though Casey has been with AEP Ohio for almost six years, he says the devastation was unlike anything he’d seen.

“The closest thing I can think of is a hurricane,” Casey said. “Vehicles were lying everywhere. Houses were gone. Buildings were gone. Roads were washed out. You’d see empty foundations where houses used to be that were just completely washed away.”

And there were many challenges in getting the power back on as remote locations, inaccessible roadways and poor cell service combined with rain and extreme heat making for slow progress.

“State workers were building roads and bridges ahead of our crews just so we could reach the damage,” Casey explained. “And, because so many of the locations were hard to reach with our vehicles due to the terrain, we often had to carry equipment to our job sites by hand.”

Despite the many obstacles, Casey and the AEP Ohio crews were able to help restore power to more than 18,000 residents before returning home—a true testament to the power of teamwork and the bond of a community.

2 responses to “Lending a Hand to Neighbors in Need”