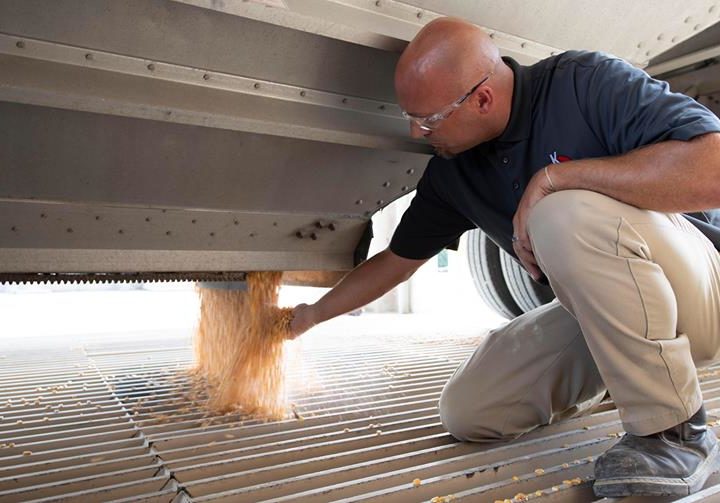 Did you know the majority of Totino’s pizza rolls sold in the U.S. are made in Wellston, Ohio? Or that Heinz makes ketchup in Fremont, Ohio? In fact, many of your favorite foods are made in the Buckeye State and in production facilities powered by AEP Ohio. 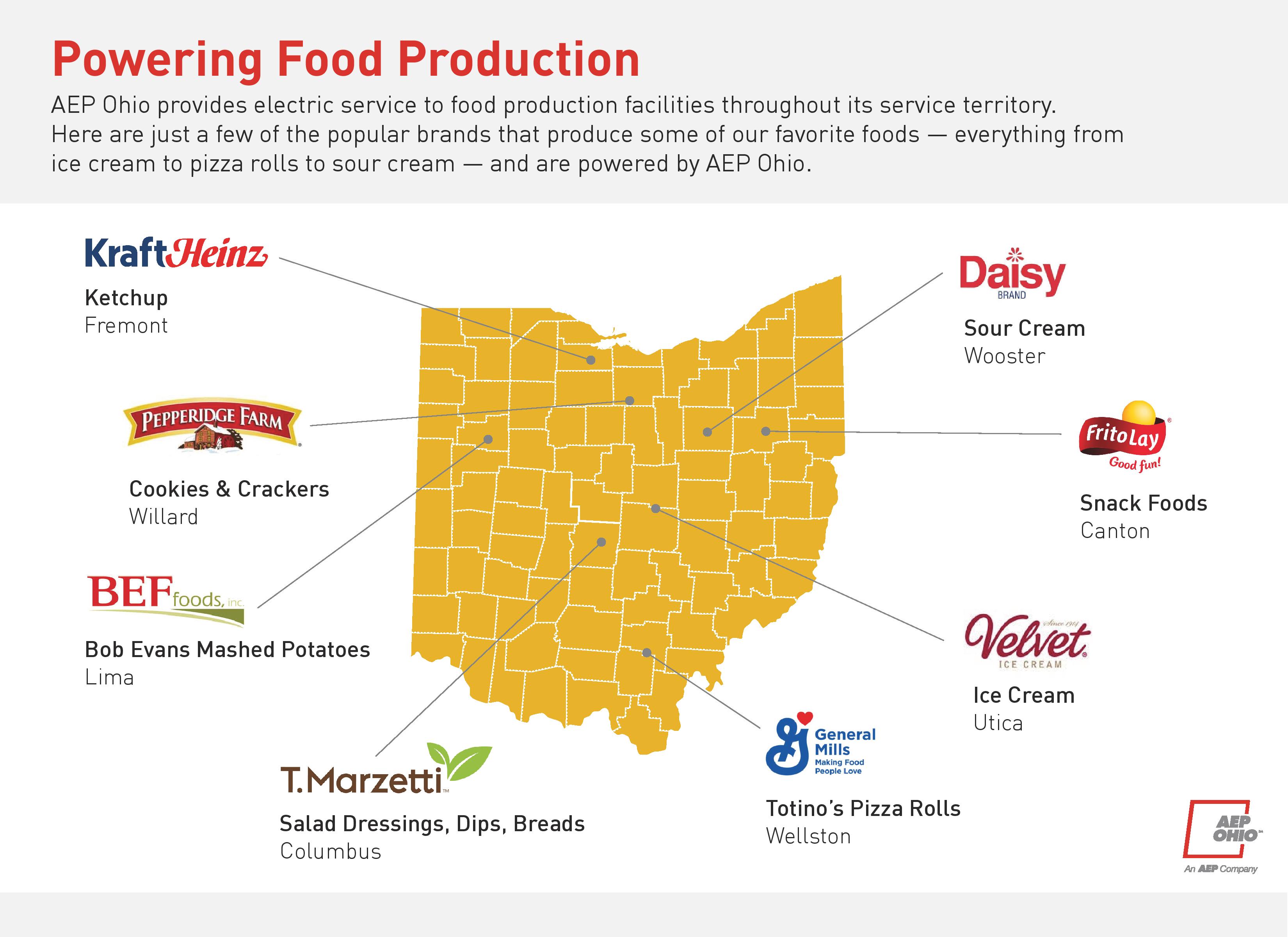 Food production is an important industry for Ohio — accounting for 2 percent of the state’s Gross Domestic Product and employing nearly 60,000 workers. There are more than 60 food and beverage manufacturers located in AEP Ohio’s service territory, including Daisy Brand sour cream and cottage cheese in Wooster, Pepperidge Farm cookies and Goldfish crackers in Willard and Bob Evans Foods in Lima.

The 22-acre General Mills’ production facility in Wellston, Ohio, makes a whopping 25 million pizza rolls a day — a feat that requires more than 7 million kilowatt hours per month. In 2011, General Mills worked with AEP Ohio to install its own substation, complete with two transmission feeds to keep adequate power flowing to the plant. AEP Ohio provided an economic development grant to help with the costs associated with the substation.

Located in the City of Wooster, Daisy Brand began production in 2016, making it the company’s first manufacturing facility east of the Mississippi River as well as its newest. As the top milk producer in Ohio, Wayne County was a very attractive location for the customer. Daisy began with sour cream production, but within 6 months decided to accelerate plans to expand into cottage cheese production. All told, the company has invested over $250 million and created 150 jobs in Wooster.

The AEP Ohio Economic & Business Development team works hard to make communities even more appetizing to food and beverage manufacturers. So when you give your children Goldfish, enjoy a dip of ice cream, add a dollop of sour cream, or squeeze Heinz ketchup on your fries, remember the AEP Ohio team is the power behind the product.

Check out the video below for just one example of business and community coming together, supporting each other and building a brighter future.