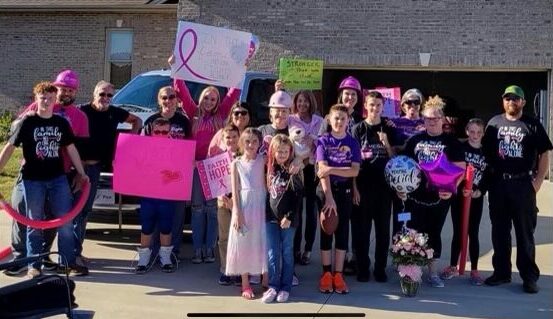 Most people know that October is Breast Cancer Awareness month, but not many people take the “awareness” part to heart like Bob Waughtel, a meter specialist out of our Lucasville Service Center.

One of Bob’s cousins battled breast cancer in 2020. Her mother, Bob’s aunt, watched as her daughter went through difficult treatments, including a double mastectomy and aggressive chemotherapy that caused her to lose her hair before being declared cancer-free. Just a couple of years later, his aunt found out that she, too, had breast cancer and is currently undergoing treatment. 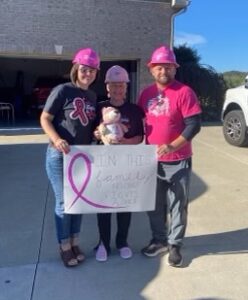 Bob’s relatives had two different forms of the disease, and both underwent testing to see if they have a mutation on their BRCA2 genes, which can indicate a higher risk of developing cancer. Bob’s cousin does not have a mutation, but his aunt does.

After learning that his aunt carries the mutation, Bob decided to undergo the testing, thinking of his two daughters. He and his sister both learned that they also have the mutation.

“If it helps anyone, knowing that I have it … if it helps my children or my niece or my grandchildren, it was worth it,” he said, his voice filled with emotion.

Knowing he has the mutation means that his daughters can be proactive with mammograms and genetic testing as they grow up and think about starting their own families, Bob said. He also had a mammogram, which he said gave him a new appreciation for what women endure with that procedure.

It took some time for this news and the potential ramifications of having the BRCA2 mutation to sink in for Bob, but he ultimately felt that knowledge is power. He encourages others to sit down with their family members and have a real heart-to-heart about their own risks.

Thank you, Bob, for bravely sharing your personal experience and encouraging others to learn more about their health and family histories!