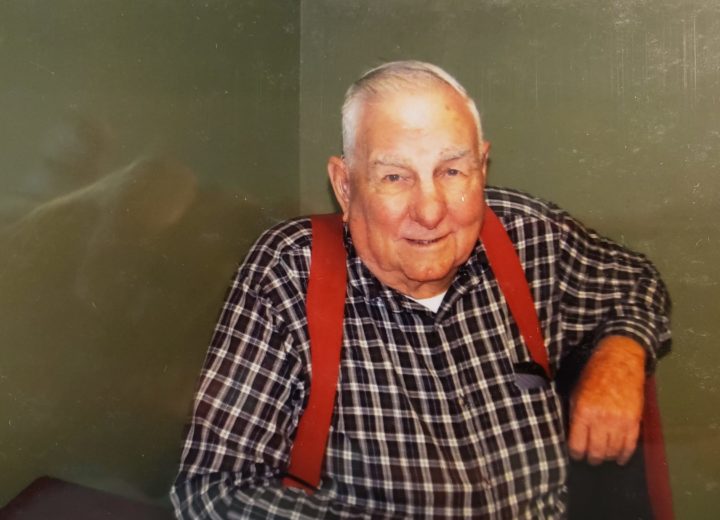 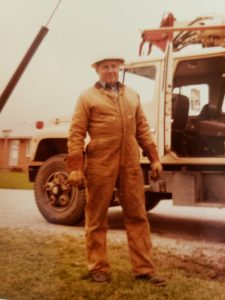 During his 35-year career as a lineworker with AEP Ohio, Ernie Woods developed a reputation as a go-to resource for his teammates in Wooster who wanted to know how to get a job done and get it done right. He was a meticulous planner, experienced and had an approachable demeanor that made it easy to ask him for help.

“He was a very smart lineman. Dependable. Adaptable to the situation. And always looking out for his guys,” said Rick Kistler, who now supervises the Wooster service center but worked under Woods before he retired. “He was a mentor figure, and definitely someone we paid attention to.”

To celebrate his 90th birthday on May 18, Wooster employees drove by the town square in a celebratory caravan of about a dozen pickup, bucket and line trucks.

For those who worked with Woods they remember another important thing about him – his impeccable safety record of 35 injury-free years.

“He was just one of those guys who was very good at his job,” said Jeff Mullett, a Wooster line crew supervisor who has worked at AEP Ohio since 1979. “You don’t achieve zero safety incidents in 35 years without properly laying out every job each step of the way, and doing it with safety in mind.”

A Korean War veteran, Woods was committed to his work and never flustered despite the rigors of the job. (He didn’t even have heat in his Ford Pinto station wagon.) In those days employees sometimes drove personal snowmobiles to the garage; they brought in boats when it flooded; they improvised with the tools they had to keep the power on.

“The job was even more physical back then. They kind of blazed the trail, without many of the modern conveniences, for those working today,” Kistler said. “Ernie embodied all the qualities of what it means to be a true lineman.”

5 responses to “Happy 90th to Ernie Woods, ‘A True Lineman’”