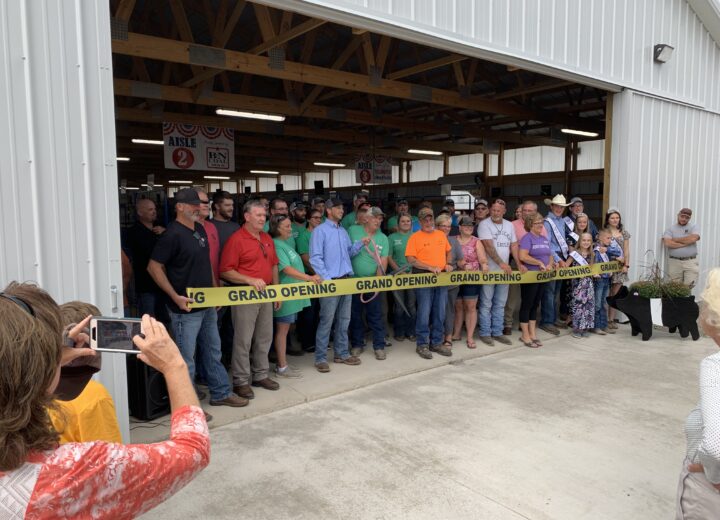 Four years ago, when he was four years old, Matix Reed donated $250 to help replace Noble County Fair’s aging hog barn in Caldwell. Everyone involved with the local fairground agreed that the aging building was well past its prime and didn’t have the number of pens needed to meet a growing number of animals.

AEP Ohio took note of Matix’s donation and committed an additional $10,000 toward the construction of a new facility. According to Jody Parrish-Polen, who is now treasurer of the Noble County Fair Board, AEP’s Ohio support was critical in getting the project in motion.

“It’s amazing how it all came together,” she said. “Once AEP said they were going to give back to the community, that’s what really motivated our fair board to get started toward bringing in even more support.”

Jody and her team applied for a state capital improvements grant that eventually brought in $200,000 in funding. Local fundraisers and donations from other organizations and individuals garnered an additional $500,000. Now, thanks to the many local groups coming together, residents in Noble County and the surrounding areas have a state-of-the-art location for holding their next junior fair.

“It shows our children the support of the community, and that we believe in the importance of what they’re doing,” Jody said. “And to think, it all started with that one young man.”