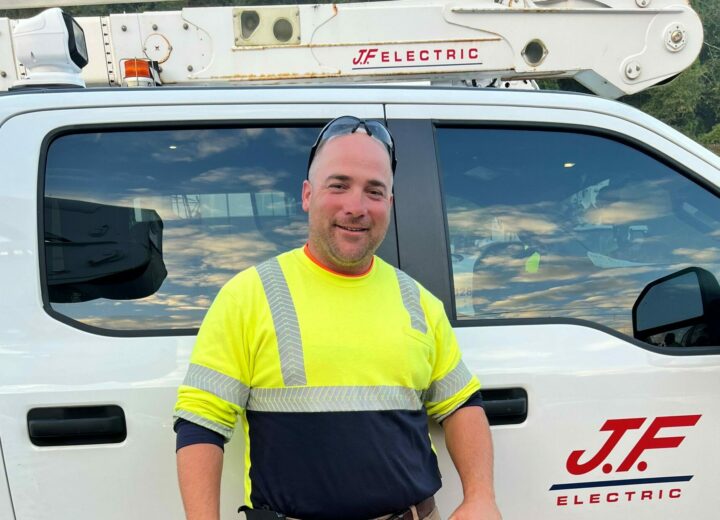 Thanks to an AEP Ohio contract employee, one of our customers was able to survive a pretty scary situation in eastern Ohio.

A J.F. Electric crew was replacing poles in the Byesville area and their job stretched into the early evening. They stayed late to complete the work. While returning their equipment from the customer’s backyard to the street, the daughter-in-law of the homeowner began screaming from the driveway that he needed help.

The homeowner was struggling to breathe and his face was turning blue. Foreman Wayne Evans called 911 and grabbed the automated external defibrillator (AED) from his truck. He ripped the device from its packaging and used it on the man, sending several powerful shocks through his body.

“I’ve never been through anything like that in my entire life,” Wayne said. “It was pretty traumatic.”

By the time emergency medical personnel arrived, the homeowner had a pulse but wasn’t conscious. He was taken to a hospital in Cambridge.

Wayne feared the worst; however, his quick reaction may have saved the homeowner’s life. He was placed in stable condition and later underwent an further medical treatment.

According to Jake Huth, operations manager for J.F. Electric, just one year ago the company decided to outfit its vehicles with AEDs. Its employees participate in annual CPR/first aid/AED training (coincidentally, Jake and many others were taking it the very day this occurred) and they now have a firsthand account of the training’s importance.

“A lot of things could have happened differently that day,” Jake said. “The stars aligned. The training paid off. I can’t say I would have reacted as well under pressure as Wayne did.”

The next morning, the homeowner was awake and in good spirits with his family. When Evans visited him at the hospital, he excitedly told his nurse, “that’s the man who saved my life.”