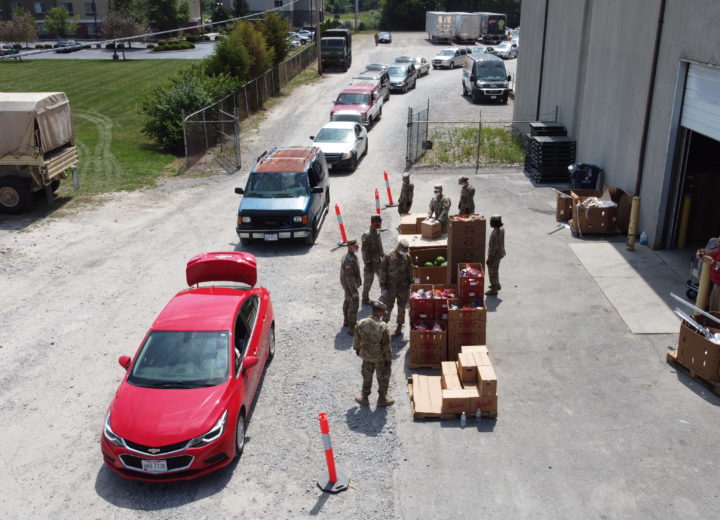 LIMA, Ohio – Despite what she calls an “upside-down world” around her, Tommie Harner’s days at the West Ohio Food Bank haven’t changed much over the past year.

“Every day is busy,” said Harner, CEO. “Every day, I put on my coat, hat and gloves and get to work. Even if it’s something as simple as loading up cars with supplies, we want to help.”

The West Ohio Food Bank supplies food to more than 72,000 people in an 11-county area in northwest Ohio. In a year peppered with challenges from the pandemic, Harner has seen a major shift.

“One of the biggest differences of this past year has been the need,” Harner explained. “We did a comparative analysis between 2019 and 2020, and we’re up by more than 69% in food distribution.”

In 2020, more than 12 million pounds of food passed through the food bank’s doors. Between July 1 and December 31 alone, Harner’s team distributed more than 6 million pounds.

AEP Ohio provided two donations in 2020 to give the center a much-needed boost in funds. Last spring, a donation of $25,000 from the AEP Ohio Fund of the Columbus Foundation helped the food bank distribute more than 107,000 pounds of food (equal to 150,000 meals) to those in need at the Allen County Fairgrounds.

In December, the AEP Foundation made two additional grants, totaling $21,000, that aided the food bank in providing 126,000 meals.

Giving back to the communities where employees live and work is a fundamental value of AEP Ohio.

“I feel very proud that my company is so generous toward families in need, especially in these smaller areas,” said John Recker, customer and external affairs manager at AEP Ohio. “The West Ohio Food Bank provides food to dozens of pantries and soup kitchens in small towns across northwest Ohio. It’s great to positively impact these organizations and the people they serve.”

AEP Ohio’s giving extended beyond the northwest part of the state as well. The Foundation donated nearly $70,000 to the following food banks:

“As we look toward the future, having corporate support from companies like AEP Ohio is critical,” said Harner. “It’s humbling to see corporations and communities come together to make sure families are getting what they need.”