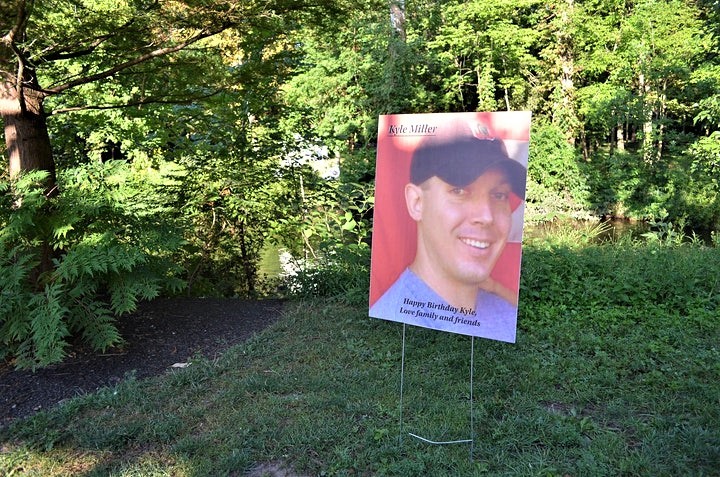 AEP Ohio has donated $5,000 to the Kyle Miller 5K, a race that raises money for new shoes for Gahanna students.

“Kyle was so friendly. He never met a stranger,” said his sister Erica Bush who, along with Kyle’s closest family and friends, started the race in 2019. “He always had a smile on his face.”

According to Bush, one of Kyle’s favorite things when he was younger was getting new shoes. He loved getting a new pair for the first day of school each year and he always posed with his four close friends for an annual first-day photo.

To keep his memory alive and give back to the community, his family created the Kyle Miller First Day 5K. Funds raised by the event go to GRIN (Gahanna Residents In Need) for purchasing gift cards to buy shoes for families in need.

The Millers grew up in Gahanna and the family remains in Central Ohio – Bush lives in Pickerington, Kevin lives in Bexley and their parents live in the same house in Gahanna – so the race is a family affair filled with plenty of old friends and sharing stories about Kyle. One common theme: his love for hijinks.

“Kyle had a huge heart and an even bigger sense of humor,” Bush said. “He was a prankster. April Fools’ Day was definitely his favorite holiday.”

Bush said the first year of the race there was a mix-up with the running routes. Some of the runners started heading to the finish line way too early and it was a chaotic scene trying to figure out exactly what happened.

“Everyone just laughed about it,” she said. “It was exactly the kind of prank he would have pulled.”