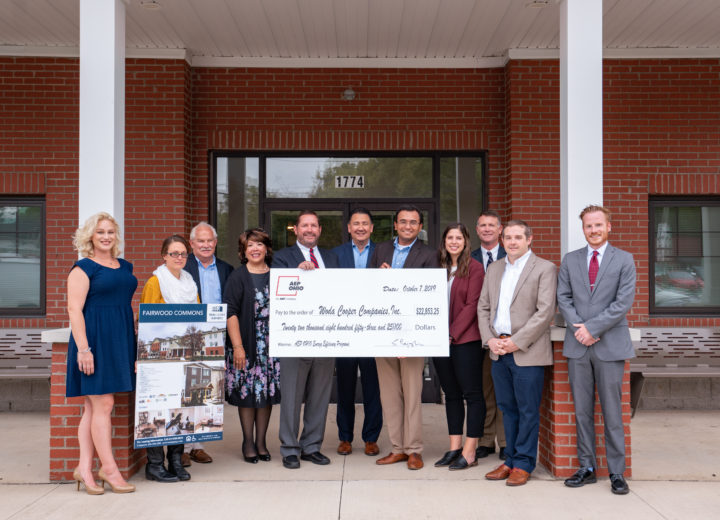 “The incentive from AEP Ohio will support us in providing high-quality affordable housing, peace of mind and long-term savings to senior residents at Fairwood Commons and other properties,” said Joseph McCabe, vice president of development with Woda Cooper Companies.

With an average HERS® (Home Energy Rating System®) index score of 38, Woda Cooper Companies has positioned Fairwood Commons as a leader in energy efficient affordable living. HERS®  is a measure of energy efficiency between 150 and 0. Existing homes typically score over 100, while new homes have scores that range from 85 to 100. Homes built with EfficiencyCrafted standards typically score below 70. A score of 38 indicates that Fairwood Commons uses approximately 53 percent less energy than if built in compliance with the 2009 International Energy Conservation Code (the applicable code in Ohio at the time of construction).

AEP Ohio is proud to partner with companies, like Woda Cooper, who are building homes that will have a positive and lasting impact on the community.