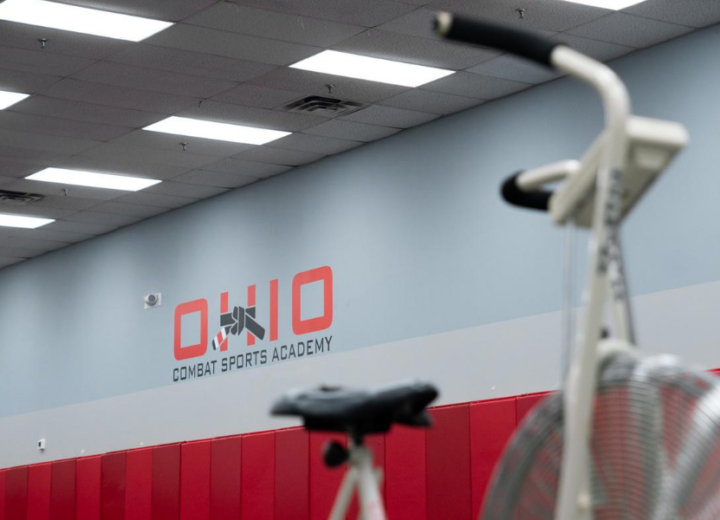 A Black Belt in Energy Efficiency

For the past ten years, martial arts enthusiasts of every age and skill level have made Ohio Combat Sports Academy in Reynoldsburg their go-to destination.

Attracted by an accommodating and diverse team of instructors, a multi-cultural group of students make the Academy a lively and energetic place. Over the years, owner and primary instructor Dustin Ware and his team have been enlightening Central Ohioans in the art of Jiu-Jitsu, Judo and a variety of other martial arts.

Ware has a passion for the martial arts, so much so that he’s earned a coveted third-degree Brazilian Jiu-Jitsu black belt. When Ware moved into his current space, he recognized that the building had lighting issues. Mastering martial art movements demands visual clarity, and the Academy’s patchwork mix of bulbs with different hues and color temperatures was distracting for instructors and students alike.

Robinson performed an assessment, taking stock of fixture and bulb types, and crafted a proposal showing the financial benefits of upgrading the facility to LED fixtures. When Ware learned he could save over $200 monthly on his electricity bill and AEP Ohio was willing to provide incentive dollars towards the project, it was an easy decision. The plan called for replacing 103 lights that would save an estimated 25,353 kilowatt hours (kWh) annually.

“It was a simple process,” Ware explained, noting the contractor completed the LED installation for his large gym in a few days. With the lighting in place, another benefit became immediately evident — the improved appearance of the facility. “The impact of the new LED lighting was immediate,” said Ware. “We look more professional and inviting to customers.”

Terron Banner, Ph.D., owner and trainer at Komotion Fitness, agrees. “I knew something was different in the gym. The updated lighting gives the gym a whole new kind of energy,” said Banner.

Ware especially loves how the Small Business Express program took the burden of dealing with energy efficiency and lighting off of his full plate. “It gives me the time and energy to deal with the things I truly love,” he said.

As for the early returns on the savings, Ware says “so far so good. From the get-go, we’ve noticed a fairly significant amount of savings on our monthly bill.”